Father Tribe is a jangly, 'verbed out, self-proclaimed "prom rock" band. After starting the project in San Francisco with friend Jackson Wiley, songwriter Kaden Vannorsdel moved to Nashville for school in 2015. In the Belmont art community it did not take long for Kaden to assemble a group of friends to contribute to the project he started on the west coast.

Father Tribe's debut self-titled record was re-released on tape format via Crafted Sounds in 2016, nearly a year after it came out. Full of warmth, whistles, and wooziness, the tracks on Father Tribe will carry you home, no matter how long the drive is. 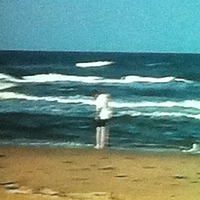